Social media and the pharmaceutical industry.

Over the last few years social media has generated a great deal of interest, but do businesses really know what to do with it. It takes many forms, some of the popular brands include, Youtube, Wikipedia, Facebook and Twitter. Basically, individuals utilise digital technology to share content, insights or discuss opinions. The whole process is totally interactive. 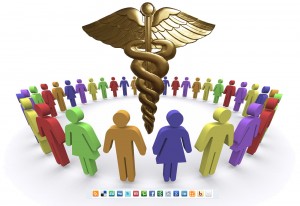 Back in 2007 the Forrester Group predicted that the adoption of online media would begin immediately. They have since adjusted their predictions citing the recession as the reason for the delay.  Yet in the same report they state that marketers will move to interactive tools during periods of poor economic conditions because they are less expensive!

What conclusions can be drawn from this? Well, it could be argued that most marketing teams are still unsure of the processes needed to implement a successful social media marketing campaign. For those in the health industry there are additional factors: regulatory and legislative restrictions make it difficult to communicate directly to the end consumer.

Key Drivers for Social Media in the Pharmaceutical Industry.

To get to the root cause of this dilemma it is worth going right back to basics and asking what the key drivers for social media are.  A good start would be to review the macro environment. This is also known as a PESTLE analysis. There are many freely available health sector examples. Interestingly most adopt similar arguments: all refer to technology as a key macro theme.

But what specifically do they mean by technology? Unsurprisingly it is the internet: this has developed at an unprecedented pace over the last decade.  There are now nearly 1.8 billion internet users, a 10,000% growth in just 10 years. The new domain profile (or new websites to the layman) has grown 4200% to 184 million in 10 years.

During this same period internet speeds have also increased: there has been a migration from slow “dial-up” lines to fast broadband platforms. This alone has allowed for new and exciting applications to be created. It is predicted that these speeds will continue to get faster and faster.   Wireless mediums are also providing new opportunities. Fitch indicated that the telecommunications industry sees wireless as a key driver for growth around the world in 2010.

The developments discussed so far are not restricted to PCs. There is a prediction that the boom of mobile applications will also have a big impact on social health communities.  At the end of 2007 there were 3.3 billion mobile cellular subscribers . This equates to more than double the number of internet users. More importantly, statistics show that there is a 5 to 1 ratio of mobile to internet users in developing regions.  These phones allow you to surf the internet and they provide additional functionality that can be utilised on the move.

There is another key driver, one that is seldom used but is worth considering. It is the meso factor, which in its simplest form describes the middle layers of the macro and micro environment . Social networking is the example in this case and although there are no scientific studies linking it to the technology boom, one could argue that its growth is a consequence of the internet getting bigger and better with more people being exposed to it.

Just as a reminder, social networks utilise websites that allow individuals to create personal profiles then chat, discuss and share information with others.  The most popular being Facebook, with 350 million members. It is also worth highlighting that these networks are not limited to specific age group.  Anderson Analytics highlighted that the 44 – 65 year olds were Facebook’s fastest growing group in 2009.

We have already discussed the report by Forrester and how the business sector is poor at utilizing the opportunities provided by social networking sites.  Consumers, it seems, are the ones leading the way, how long will it be before someone new changes the entire business model? We have already seen it happen in the music, travel, news and insurance industries. Can the pharmaceutical sector afford just to sit and watch?

Studies have shown that 85% of carers and patients use the internet to research medical information. There are already 21 million people in the USA using online health communities. These networks impact every possible sphere and are shifting consumer behaviour: people are willing to spend more time on such sites. It is this behavioural change that provides marketers with the opportunity to engage directly with its targeted consumers.

The Future and the Changes Needed.

Consumers are hungry for data, but when it comes to medical information there are still many sites that provide static information only. In the UK it is Wikipedia and the NHS which dominates the key search terms from Google. In the US the major pharma companies use pay per click campaigns to drive individuals to their web shops. There are very few sites adopting video technology, there is even less providing quality consumer focused medical education.

There is an opportunity for pharmaceutical companies to build social networking platforms that provide medical education (med-ed) for the therapies they provide. They need to be based on Web 2.0 concepts: user interaction utilizing video will be key. The introduction of webinars (web seminars) will satisfy this. It allows the audience to be located anywhere in the world. They can participate in live question and answer sessions or return at a later date to review the recording.

This type of approach utilises a “value-adding” marketing strategy. It also has the additional advantage of being able to be integrated within a Corporate Social Responsibility programme: allowing it to take account of its economic, social and environmental impacts. By definition, health companies provide products and services for medical conditions, the vast majority of which will have one or more charities linked to it. Partnerships with these charities can successfully deliver med-ed or health awareness programmes that will increase the equity of the brand or company.  A good example is the viral campaign that Roche did with the International Society of Nephrology on World Kidney Day. It gives the business a valid excuse to have dialog with consumers and it provides an opportunity to balance the corporate and product branding issues.

Where else is the future going? The current reimbursement models operated by many European countries may be forced to change due to the political and economic constraints. This means consumers having to source certain health products themselves, paying individually or using the US medical insurance format, where purchases can be claimed back at a later date. Such a move could potentially erode margins: the introduction of a home delivery service would reduce the impact. This could easily be mobilized through an existing social network, provided it is owned by the business.

The Future of Marketing in the Pharmaceutical Industry

The debate about marketers struggling to implement the changes needed to successfully deliver a social media programme will no doubt continue. It will remain an important topic because it is predicted to cannibalize the more traditional means by 22% over the next 5 years.

Do we need a new kind of marketer to succeed in this new world of social media? Thorp stated that in the future there will be 3 types of marketer: the scientific, the arty and the humanitarian. But can this simple segmentation provide the solution? It is doubtful, the fact that the future now holds opportunities that still have not even been dreamt off mean the old rule book needs ripping up and a new one created.

Despite earlier disagreements, it is worth point out that Thorp provides a new definition of marketing that encompasses the changes needed for the future:

We have seen that there is a real opportunity to integrate into social media using med-ed. There is a warning however, it has been identified through experience that businesses need to provide an offering that is unique and relevant otherwise users will ignore it. Also, if a company or brand website is used as the primary platform to drive the social networking, a great deal of work must be done on search engine optimisation and link building so that the site can be found.

Despite the opportunities that exist, there are still a minority of individuals that do not really understand the potential of social media. Commentators like Chris Ingram (chairman of Ingram) argue that it will become as mundane as a utility. But can this really be the case? We have already seen what can only be described as spectacular developments. These will become even better as the concept of “co-creation” (allowing users to be involved in new developments) takes hold. This will mean that future applications will only be restricted by the imagination boundaries of the human mind.

To review the white paper with all the references please click on the link below:

Social Media and the Pharmaceutical Industry (with references)